Eugène Printz is a French cabinet-maker and designer of the 20th century.

Born in 1889, he was first initiated to the copy of ancient furniture in his father’s Parisian workshop.

From 1920, he began designing his own’ s modern furniture. Therefore, he collaborated with Pierre Chareau for the International Exposition of Modern Industrial and Decorative Arts in 1925.

He was also entrusted with numerous significant public commissions, including the National Furniture and the City of Paris and foreign clients in the UK, Belgium, North America, Mexico.

In 1935, Printz was involved in the design of an apartment of the luxury and innovative ocean liner SS Normandy.

The Paris Museum of Modern Art and the Musée des Arts Décoratifs keep today several of his pieces of furniture. 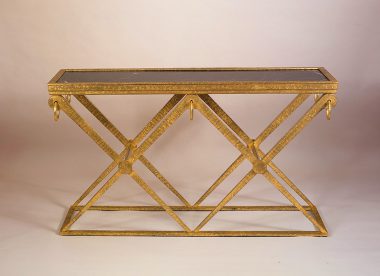 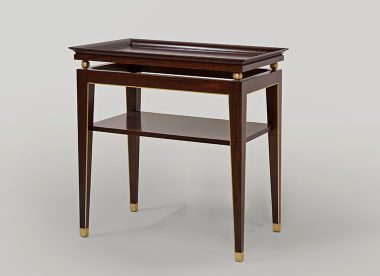