André Groult was a French decorator and designer of furniture.

He participated to several iconic Art Deco projects such as the 1925 International Exhibition and the SS Normandie sea liner.

Shagreen is the untanned skin from shark or stingray. It displays an unusually rough and granular surface.

It has initially been used for centuries in Asia to cover swords’ hilts or composite bows’ grips.

Jean-Claude Galluchat, a master leatherworker in the court of Louis XV, first popularized the shagreen in Europe.

Since the 18th century, skilled craftsmen have used shagreen to cover items such as luggage, toilet cases, books as well as larger pieces of furniture.

There was a definite resurgence in items being made with shagreen during the 1920s and 1930s. The lean hard finish and traditional pale green tone lent itself very well to the modernist lines of the Art Deco style. 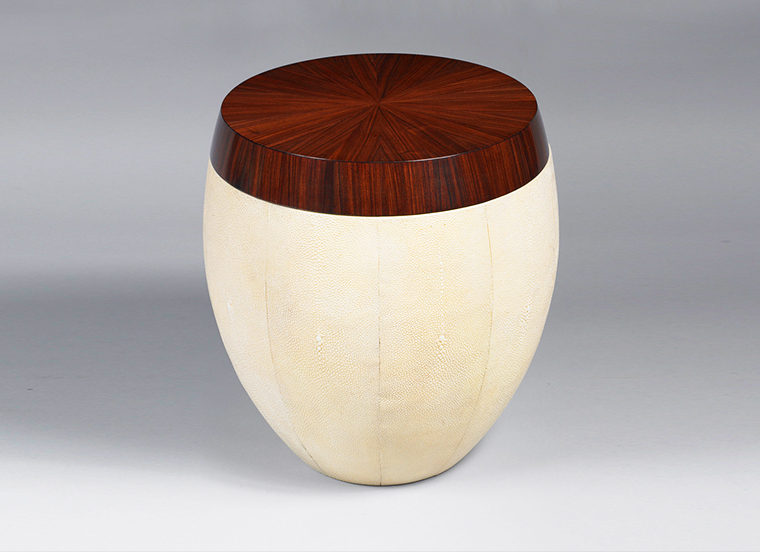 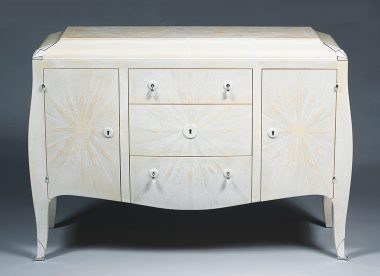 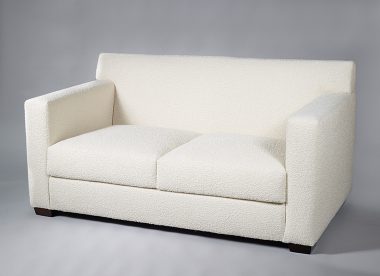 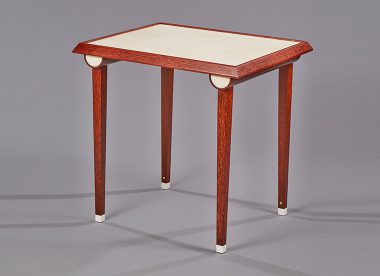